A desperate mother has been forced to call for help from above after claiming her son had been attacked by a ghost in the family home.

Beverley Wilkins turned to the church after her son Daniel was left bruised and bewildered by what his family say could only have been a ghost or poltergeist.
The 13-year-old was alone in their home in Hartlepool, when he claims he was suddenly pulled upright, dragged across the living room, and thrown out into the street.

The incident, which happened on Monday, lasted five minutes before the startled teenager fled to a neighbour's house. 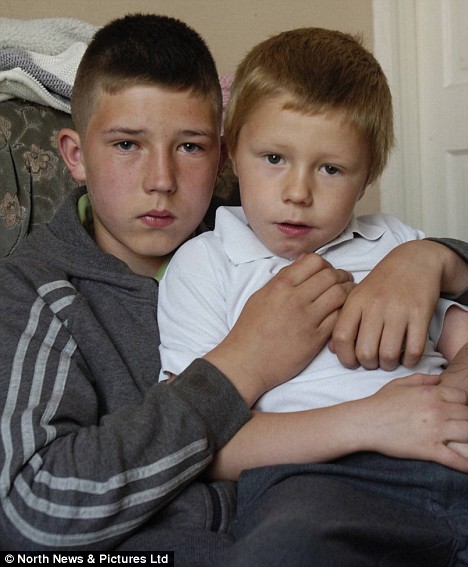 A priest has been called in by after teenager Danny Wilkins, pictured with younger brother Ethan, claims he was picked upside and thrown outside by a ghost

Ms Wilkins had come home after collecting her five-year-old son, Ethan, from school to find a trembling Daniel outside her locked front door.

She said: 'Daniel said he had been sitting on the sofa listening to music when he felt someone grab him and pick him up.

'His feet came off the floor and then someone started pushing him towards the living room door. Whatever it was then tried to push him into the kitchen.

'He said that the front door then flew open and he was grabbed by the arms again and pushed into the street.

'He did not see anyone throughout the whole thing but said it sounded like a man because of the heavy breathing.'

The family walked back inside the home but heard banging and footsteps upstairs and left.

They headed to nearby St Paul's Church and explained what had happened to parish priest Father Richard Masshedar.

Together with her mother Kathleen Galloway, Ms Wilkins, her two-year-old daughter, Ellie, Daniel and Ethan, all spent the night huddled together in one bedroom.

Throughout the night they claim a smoke alarm bleeped constantly.

Yesterday, Father Masshedar visited the family to offer support and say prayers for them.

He said: 'I went to see the family as a first step and to offer prayers.

'We take it one step at a time and the first step was for me, as parish priest, to visit the family with a church warden.'

The landlord of the home said it was the first time he had ever come across such an unusual case.

He said the family could be moved to a nearby property as soon as another suitable home became available. 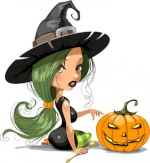