HOSPITAL managers have called in an exorcist after shaken workers complained they are being terrified by a GHOST.

HOSPITAL managers have called in an exorcist after shaken workers complained they are being terrified by a GHOST.

Now chiefs at the £334million NHS site are to summon a local priest to see off the “spirit”.


Petrified staff were briefed on the spooky goings-on in an email from bosses.

Senior manager Debbie Butler wrote: “I’m not sure how many of you are aware that some members of staff have reported seeing a ghost.

“I’m taking it seriously as the last thing I want is staff feeling uneasy at work.”

Ms Butler sent the message after workers at the new £334million Royal Derby Hospital claimed they had seen a cloaked figure dressed in black roaming wards and corridors.

She added: “I don’t want to scare anyone any more than necessary, but felt it was best I made you all aware of the situation and what we are doing about it.

“I’ve spoken to the Trust’s chaplain and she is going to arrange for someone from the cathedral to exorcise the department.”

Sources at the Royal – built on the site of the Derby City General Hospital – said the exorcism was expected within days.

One said: “There have been dozens of sightings over recent weeks and people are scared witless.

“Several have seen a male figure cloaked from head to toe in black darting between rooms and through walls – especially in departments near the morgue.

“It’s affected morale so much that bosses decided they had to act.” Exorcisms in England must be pre-approved by a bishop.

A spokesman for the Bishop of Derby said: “Any case such as this is put to the Bishop.

“He would seek proper advice before taking action.”

Experts said the spirit could be the ghost of a Roman soldier killed on the spot where the original hospital was built in the 1920s. Developers ignored protests and covered over part of one of Ancient Britain’s main Roman roads.

Ian Wilce, of the Ghost-finder Paranormal Society, said: “There are lots of sightings on such sites.”

The hospital, still known as the City General, will be officially renamed as the Royal in coming months.

A spokeswoman for Derby Hospitals NHS Trust said: “We take information from staff seriously and are working with the hospital chaplaincy to put people’s minds at ease.” 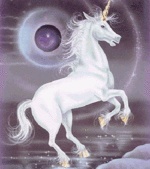 Re: HOSPITAL managers have called in an exorcist after shaken workers complained they are being terrified by a GHOST.