Cow Abducted by a Flying Saucer ?

Cow Abducted by a Flying Saucer ?

A couple traveling along the river in the area north of Rosario claimed having seen an animal being abducted by a flying saucer. "Later, the both vanished," they said.

The likelyhood that cows could fly was always relegated to the province of the impossible. But to Sergio and Laura, this changed last Monday afternoon, when they traveled along the coast near Puerto Gaboto, and believed that they saw a cow in the sky, abducted by a UFO.

The couple told the story to journalist Guillermo Brasca in a report transmitted by the Telenoche program on Channel 3. They provided photos which are not entirely clear, but which show the alleged UFO and what would appear to be a cow in flight.

"We went to have some mate with the kids, we were looking at the island and we were surprised to see some strange white thing flying. It was large. We made a close up with the camera and it was a cow flying, and above it, there was something like a flying saucer suspended in the air (some of the photos accompany the report). It wasn't a helicopter or an airplane," said Laura. The woman added: "It seemed as if the cow was being sucked up by the flying saucer. Then they both vanished. I want to believe that's what it was. To me, it was a UFO. I experienced it."

“There Can Be No Better Proof”

Many years ago, ever since 2002, VISION OVNI was expecting evidence such as this, simply because it is one of the most analyzed hypotheses that our team has worked with, since no traces of blood are ever found next to the mutilated animals, certainly indicating that animals were not being mutilated on site. Rather, they were being removed to another location, and evidently, no black helicopters were involved – only UFOs, unidentified flying object. 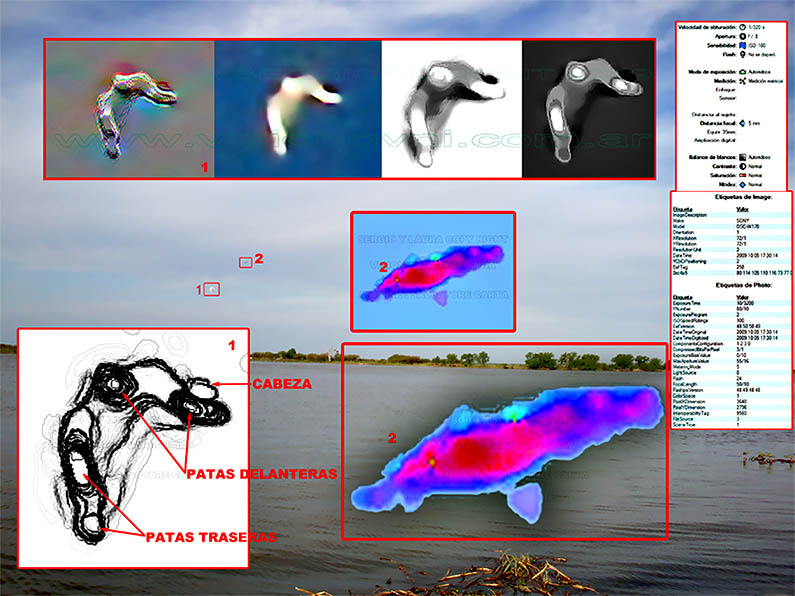 At this point in time I would like to know what happened to the red-muzzled mouse, what became of the famous Chupacabras, the yellow jacket, and the other explanations put forth by officialdom to dodge the subject of mutilations. 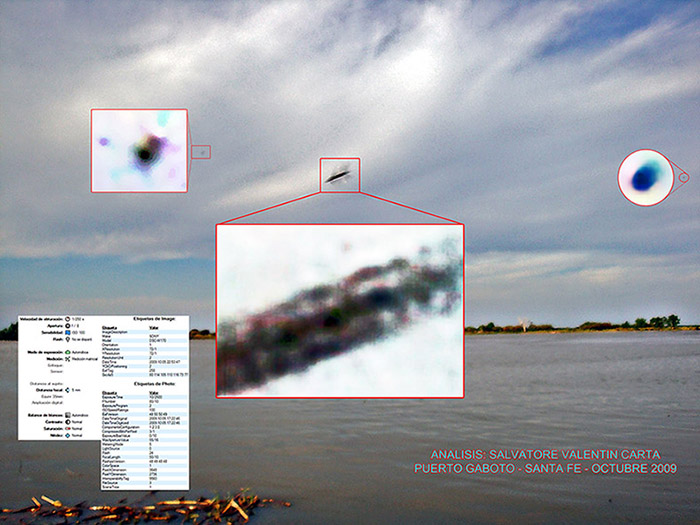 Personally speaking, I am more than pleased, as the number of animals seen by our team over the years deserved knowing that at least someone tried to find an answer to their deaths. And these answers came from a phenomenon we never dismissed out of hand, but rather, we always knew was the result of unknown hands, regardless of their origin.

We continue our research, but with a broader concept in mind, and if all certifications give us certainty that there can be no doubts whatsoever, we shall then be faced with a reality that is impossible to deny: the existence of an anomaly in space, capable of doing such things with utter impunity.

On September 8, 2009, members of VISION OVNI interviewed the witnesses of an extremely important event within UFO research.

On September 5, 2009, the couple made up of Laura, Sergio and her 7 year-old son were in Puerto Gaboto on the banks of the Coronada River during the afternoon, enjoying a visit. At a given moment the saw something over the island that drew their attention.

“We were drinking mate with our son, when they saw something white in the air toward the island. When they looked through the photo camera’s zoom lens, they saw it was a cow and above it, something like a flying saucer suspended in the air. A distance of some 30 meters separated the cow from the saucer when the sighting occurred.”

According to their story, it was clearly evident that the saucer-shaped vehicle was “absorbing the cow”. Suddenly, both the cow and the vessel vanished from sight. It wasn’t a helicopter or any known type of aircraft. Those were their comments.

When we asked if the animal made any movements whatsoever, we were told that there was the sensation that the animal was completely relaxed or unconscious, that it made no movement whatsoever. The duration of the sighting from beginning to end was from 17:22 to 17:30 hours (8 minutes) and this time is recorded in the sequence of photos.
The river is between 60 to 80 meters wide at that point, says Sergio.
The photos show several animals on the island.
According to residents of this island region, mutilated cows have been found on several occasions.
The camera with which the photos were taken is a Sony DSC-W70. According to the reports of Channel 3 in Rosario, when inspecting the camera, a series of photos taken earlier were found along with the ones of the case. In each of these photo files, the header placed by the camera manufacturer is visible – Sony, in this case – and the date and time in which they were taken also appears. Therefore, unless some sophisticated technical work was involved, these are original, unretouched photos.

Photo Analysis
Up to now we have retold the recorded testimony of the eyewitnesses; the analysis yields the following results:

CAMERA Employed:
SONY DSC-W170 10.1 megapixels.
Image resolution as per the respective images analyzed.
No modification or divergence was found regarding the subsequent editing information (enlargement) of the originals, using the same camera.

IMAGES:
THE BOVINE
1) Objects shown in the images do not display digital manipulation in the adjoining pixels.
2) There is a correspondence between brilliance and angle regarding the light source (the sun)
3) In non-destructive super-resolution processes applied to the image, the animal turned out to be a bovine with its right side toward the camera, its head hanging to the left.
4) It can be deduced that the animal photographed in the air was either lifeless or in a deep stupor, judging from its observed condition.
5) We have managed to see its hooves, tail and head.
6) The 3d analysis is self-evident.

DISTANCES INVOLVED
According to the eyewitnesses, they were a maximum of 60 to 80 meters from where the events took place, at the watercourse of the Coronada River where it meets the Caracaña.

THE OBJECT:
1) In the opinion of this analyst, it had a diameter of between 8 to 10 meters and perhaps some 2.40 to 3 meters tall.
2) Some sort of beam was captured by the camera, and we perhaps cannot appreciate it in its entirety due to some sort of camouflage, subsequently corroborate by the account.
3) Applying filters, we can see that the UFO emitted perhaps high-ionization heat in its upper and lower sections.
4) Volumetric analysis shows that it was a disk-shaped object whose brilliance corresponded to that of the sun.
5) It is surrounded by some sort of triangular element and another circular one, or otherwise, plasma that the camera did not record in another shape.
6) I highlight that the resolution of the images generates a lot of noise in the captures and implies a greater processing time.
7) Insects were present in the photo shoot, but not in these 4 main ones. 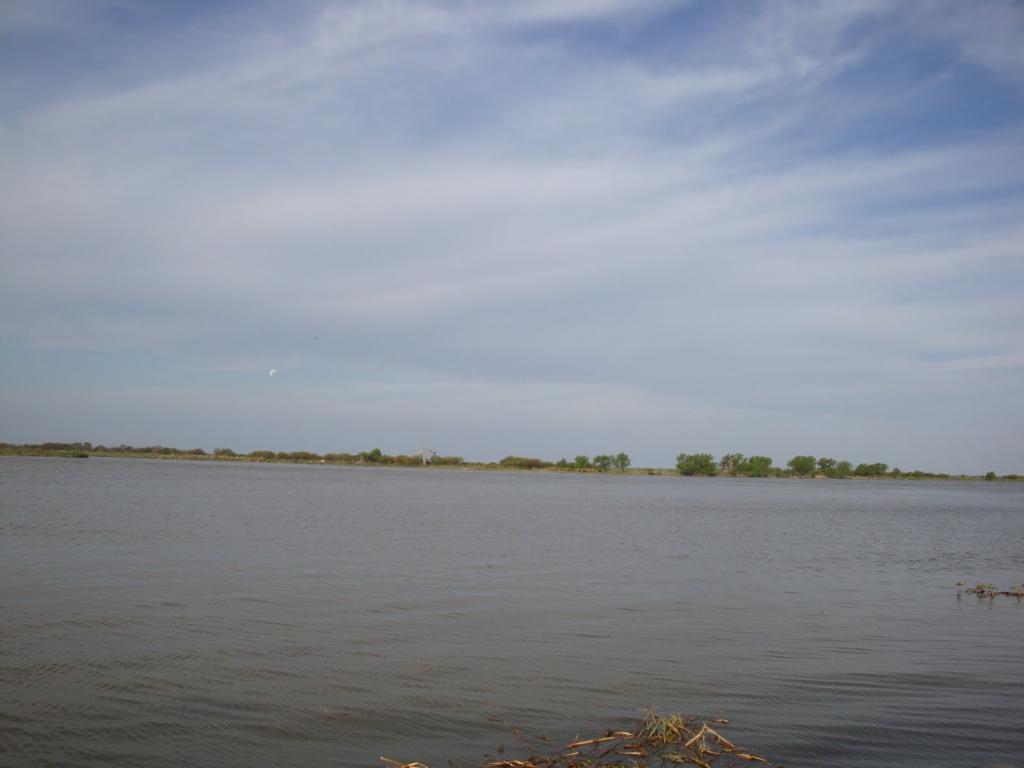 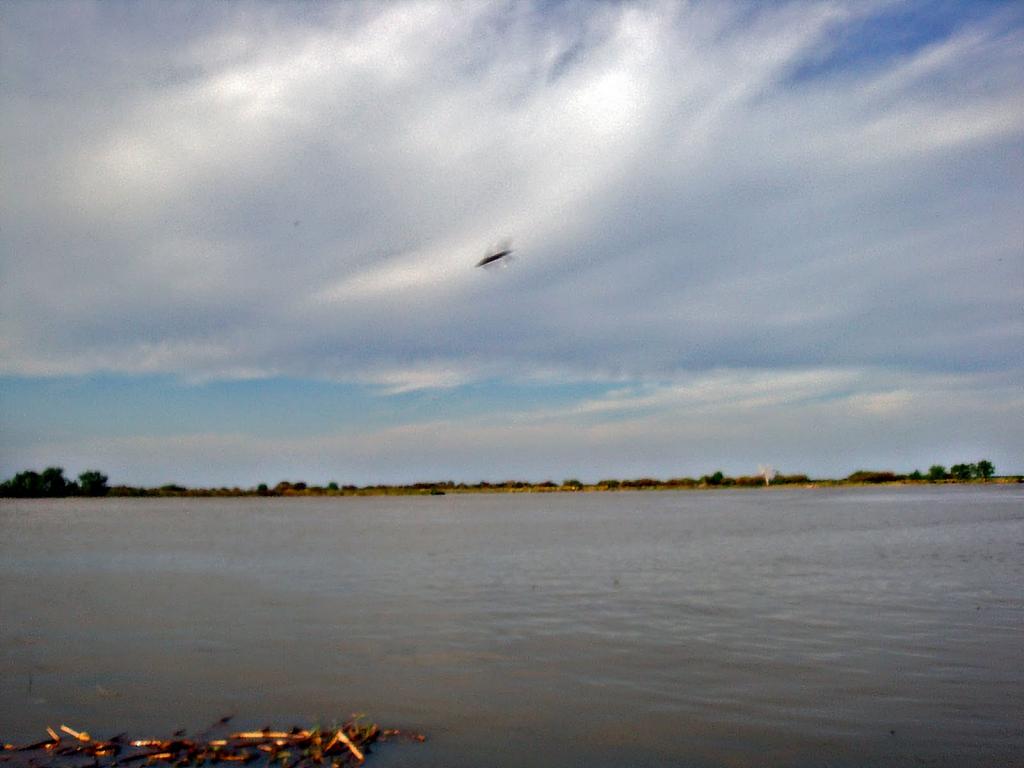