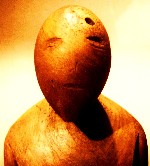 During President Obama's 2013 Inaugural speech yesterday...an alien ship appeared near the top of the Washington Monument. The bluish-green craft was caught when Fox News was panning in and out at the end of a broadcast.

Why would aliens be interested in Obama's speech and the inauguration? Wow, there are so many reasons, but the main one is that they get an opportunity to see many celebrities of America all in one place at one time. The celebrities influence the American people in many ways...shaping the personalities and politics the USA has today. Stars such as Alicia Keys, Brad Paisley and the Mexican rock group Mana, the first couple danced as Jennifer Hudson sang the classic song, "Let's Stay Together," by Al Green. Also James Taylor, Kelly Clarkson and Beyonce were there. Not to mention Joe Biden, congressmen and senators all watched as Obama was sworn in.

This is not the first time UFOs appeared around President Obama but actually the 4th time. The first time was November 1, 2008 at Pueblo, Colorado when he was on the campaign stage being recorded by MSNBC when a grey disk flew past. The second time was January 20, 2009 at Washington, DC (in front of the Washington Monument) when Obama was giving his first inaugural speech, recorded by CNN when a grey disk shot past the Washington Monument at incredible speeds but even the CNN news reporters noticed it and mentioned it. The third sighting was Dec 9, 2009 in Norway when Obama was receiving the Nobel Peace Prize, a giant blue spiral appeared and was so massive that millions of people saw it that night from several countries.
So clearly President Obama has at least one species of aliens that support his ideas and goals for America and the world. We sit and wonder...is the interest aliens have with Obama just because they want to see history in the making, or are they alien paparazzi that spread the news across the universe. Perhaps the answer is more sinister and closer to home...he may be one of them.

Stunning UFO Over Death Valley Dunes
Stephen Hannard of ADGUK reports "beautiful footage showing incredible manoeuvres by an unknown object, Caught on Timelapse Camera over Death Valley's dunes by Gavin Heffernan. Any ideas of what this object could be?" 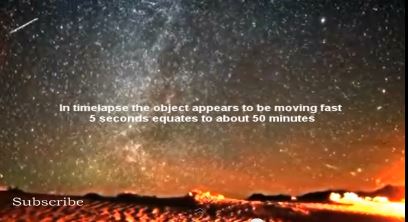 HD Real Clear Genuine Investigated Beautiful UFO
Please read these notes as they are very important to the case:

What you see now is exactly how this wonderful object was originally recorded. 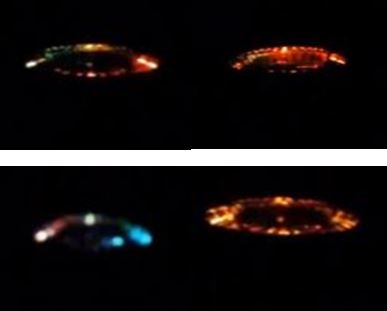 Footage of probably the best UK UFO so far. The video was made in the Hampshire area of the U.K.

This is real, NOT CG, although many might find that hard to believe, but I assure the viewer that this is not computer-generated, or a model... but a real mystery object.

It was was captured while Witness 'S' (as we refer to him), was out sky watching, when he suddenly saw the ufo at some height, before it swept down and hovered low and silently... at a location in Hampshire, UK, late 2011

Standing at a relatively safe distance, he snapped out of his amazed state as he watched the craft bathing the ground in lovely colours as it hovered, reached into his bag and grabbed his camera out... nervously switching it to the video setting, he managed to record this valuable segement.

Eventually the craft lifted up again and sped toward the direction of Portsdown Hill.

I have interviewed this chap thoroughly, and even been out with him on numerous watches and seen a few odd things myself: He is an honest person, a family man with a responsible work position, has little knowledge about computerised gadgets and desires privacy, so wishes not to be named.

The budget-priced DSLR camera he used was set on autofocus, and this is what is causing this constant and very annoying, in and out-of-focus problem; because on automatic setting, very often the mechanism doesn't know where to focus on, the foreground or background... a confusion for the camera compounded by videoing in the dark.

This Triangle Shaped UFO found while looking through photos on the NASA archive images site. This Triangle shaped UFO is interesting and important because it is actually captured in two photos. This UFO is in the more traditional shape.

Given its size relative to earth is it possible that this triangle shaped UFO is responsible for sightings such as the Phoenix Lights? You can find the original photo and link to the original photo here http://ufosightingz.blogspot.com/2013/01/amazing-triangle-shaped-ufos.html

UFO Over England Comes Down In Small Village To Pick Up Glowing Orb.

Eyewitness states: Please note this footage was taken with a really bad camera phone and zoom in, there for it was hard to record and keep the background into picture. behind hill there is water sea a pier and on the left some fishing building club. This was recorded at 3 am December 29th southwest England. I cant tell u the village as everyone here knows me and I know people here don't want media attention or talk about ufos. I don't know if anybody else saw it, I'm sure fishermen did. It is not the first time. The actual object was further﻿ than it seems as I had my phone in full zoom.